Functional Hypertrophy – The Road To Performance 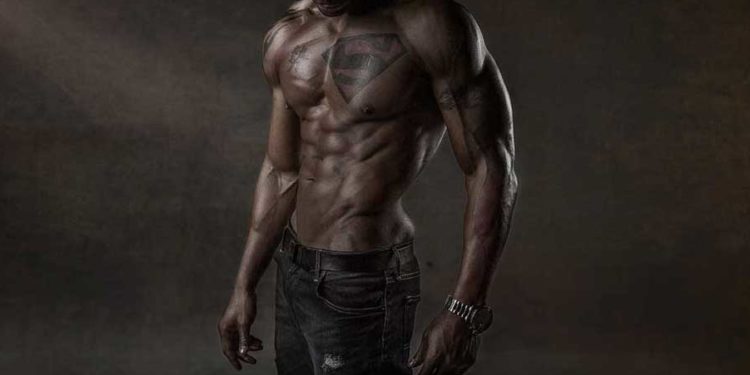 What is it Hypertrophy?

First we define the two terms: Hypertrophy and Functional.

Hypertrophy is the increase of the volume of cells that makes up a tissue or an organ.

This modification does not alter the number of cells within the tissue or organ considered, but increases its size.

Through exercise, muscular work with overloads leads to an increase in muscle mass through this biological adaptation.

This sequential events include: By Functional, regarding the muscular system, we intend to consider the muscle relative to its function and not only to its action.

E.g. the action of the rectus of the abdomen is to flex the thorax on the pelvis and vice versa, while its function is to contribute to the stabilisation of the trunk.

Another fundamental consideration to make is that the training must be functional to the life of each subject, or what is functional for an athlete is not said that it is for a housewife, but one thing definitely unites them, their physiology, both joint and muscle.

Both in everyday life perform polyarticular gestures and move all the kinetic chains in all the planes of the movement. The mono-articular movement, perhaps linked to a machine, does not exist in nature!

A valid definition could be “The main aim of activity is to make sure that our body becomes more agile and functional in implementing all the operations and movements we perform in everyday life”. We are a single body that interacts with the environment, so we have to regain our natural movements, those that as a child allowed us to fall and rise quickly without thinking about what we did, gestures and sensations that only the completeness of the movement in his totality can give us.

Our body was not born to select and isolate movements, the completeness of the gesture was our fortune for thousands of years.

Let us always remember that the human brain recognises the movement and not the single muscle.

Although those in which man had to struggle to survive in the savannah seem far away, we still respond to the laws of nature.

Our body is still forged according to the demands of the environment in which it lives. The image we have of a beautiful, dry, athletic, muscular body, still recalls an idea of health, a youth, a better chance of surviving in the jungle. With Functional Hypertrophy we mean a direct correlation between physical and performance, between aesthetics and result.

That muscle mass that contributes to the sporting performance or activity for which you are training.

And it is for this reason that there are muscular structures different from one sport to another, a marathon runner will have small muscles because his gesture requires low levels of energy for long periods of time.

The more the structure is contained (thigh and leg) the easier it is to get rid of blood (it facilitates the transport of nutrients from the periphery to the target muscle).

A gymnast will have voluminous muscles in order to quickly produce the energy required in his sport. It will need a lot of fuel for short periods of time.

The body can not afford to go elsewhere and must store all the necessary reserves in the muscle. Each action corresponds to an energy requirement, and this determines how much hypertrophy it serves.

At the base of functional hypertrophy there is only one law: STRUCTURE IS AT THE SERVICE OF THE FUNCTION.

From the cellular point of view there are two types of hypertrophy: sarcoplasm hypertrophy and sarcomere hypertrophy.

The hypertrophy of sarcoplasm is caused by the increase of non-contractile proteins and by the liquids between the muscle fibres.

In other words, sarcoplasm hypertrophy produces larger muscles but does not increase muscle strength.

The area of the cross section of the muscle increases, the density of muscle fibres per surface unit decreases, and there is no corresponding increase in muscle strength.

Sarcoplasmic hypertrophy leads to an increase in body weight without an increase in strength and forces the vascular system: it results in decreased nutrition and oxygenation of the muscle, a slowing of metabolic processes in the muscle and a reduced efficiency in the disposal of waste products of the metabolism of the musculoskeletal system.

It is like increasing the weight of a car, but not the strength of its engine: for this reason it is often called non-functional hypertrophy.

The sarcomere hypertrophy is caused by the increase in contractile fibres that work.

Also called hypertrophy of myofibrils, is the increase in size and the number of sarcomeres that make up myofibrils: they will contribute to an increase in the ability to produce muscle tension.

This difference explains why body builders with huge muscles are not necessarily capable of lifting large loads, or rather the bigger, stronger rule is not always the case.

How many times have we seen in the gym that customer for his physical appearance would have gone unnoticed, but that maybe in an exercise can lift the same load of a person much bigger than him, if not more but as it is possible we would ask ourselves, but there are many explanations:

The arrangement of the fibres can take place ?in parallel?; an increase in sarcomeres and myofibrils that are added in parallel to the pre-existing ones.

When a skeletal muscle is subjected to a training stimulus, there is a physiological imbalance involving the myofibrils and the extracellular matrix; the imbalance activates a chain of events that guide muscle tissue towards increasing the number of contractile proteins and sarcomeres.

This process causes an increase in the individual’s diameter muscle fibres and the consequent enlargement of the cross section of the muscle. The last 3 points, on the other hand, are closely related to neurological efficiency, therefore to the maturation of the central nervous system, or to how effectively an individual can recruit the higher threshold muscle fibres, and to his ability to recruit them as quickly as possible; all these are fundamental skills in the concept of functional hypertrophy, that is to be able to recall as many fibres as possible in the unit of time, to perform a certain gesture.

In order to achieve functional hypertrophy (hypertrophy workout), explosive movements and compound movements should be emphasised using whole kinetic chains and not single muscles, then train the gesture and not the muscle, using all the movement planes, choosing exercises in which strong accelerations are used. And moderately heavy loads, without making us lose speed.

This type of training will also improve the ability of the CNS to rapidly recruit muscle fibres.

If you train explosively, you will not have a sticking point and then you will have the ability to give as much force as possible to an object, any object, using the maximum intra and intermuscular coordination.

The first is the ability of the nervous system to generate strength, the second is the body’s ability to coordinate different muscles in an athletic gesture.

About intramuscular coordination, this type of training allows to improve the ability of the nervous system to generate strength, in particular: Recruitment: by waiving the principle of size, the smaller motor neurons are first recruited, then the larger ones. The explosive training makes sure that most of the fast UM are involved immediately, at the base of all there is the quality of the nervous impulse, not so much of the load used.

Rate coding: rate coding is a fundamental mechanism for modulating muscle strength. Once recruited, the motor unit is excited and only after reaching a certain level of excitement it will be possible to recruit others, to increase or sustain the force produced.

Synchronisation: normally the UM work in an asynchronous way, but it is proven that during a voluntary maximum commitment the UM can work synchronously. The result is an increase in strength.

It will also allow you to strengthen type II fibres, essential for longevity.

On the contrary, the performance of traditional bodybuilding workouts is not desirable for those looking for an improvement in performance, ie we must look for sarcomere hypertrophy and not sarcoplasm, which is good for a bodybuilder.

So in a functional hypertrophy we must research / hope for the following sequential events:

The reasons for researching this type of hypertrophy can be multiple:

Situational sport is made of rapid, explosive movements, sudden changes of direction, lightning accelerations and equally rapid decelerations, in short, our body uses all the muscles to move at the same time, so the athlete must be trained as one large entity?.

Just as a great driver needs a performance machine to win, each of us needs his body to respond to commands and resist stress.

Therefore, the training must be functional to the sport or to the activity practiced, with the aim of creating positive effects that can be reproduced at the time of the race or in everyday life.