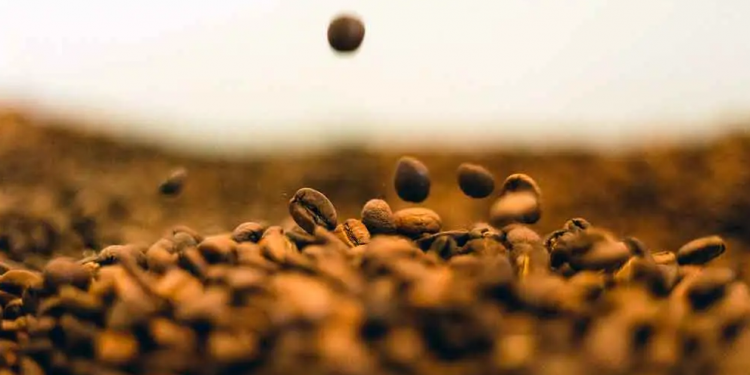 Caffeine is a substance belonging to the alkaloid family, a group of compounds very common in plants.

Caffeine, as well as other alkaloids (atropine, nicotine, strychnine, morphine, etc.) is physiologically active on animals even at very low concentrations and is probably used by the plant as a defence mechanism against herbivores.

Some of these interactions are beneficial to the body while others are responsible for the side effects of this substance.

Caffeine is not only contained in coffee but is also found in other plants and foods.

This is the case, for example, of coca cola, grass mate, chocolate, energising drinks based on Cola, herbal products such as guarana, not to mention analgesics, anti-cellulite cosmetics or medicines for colds.

It is curious to note, for example, that tea leaves have about twice as much caffeine (2-4%) as coffee beans (1-2%); however, due to the different extraction method, the infusion contains about four times less caffeine than leachate.

NOTE: in sportsmen and sportswomen it is necessary to take into account the summation effect of the caffeine taken with the various foods in order not to exceed the limits imposed by the anti-doping regulations. The caffeine content of traditional moka coffee is higher than espresso In women the use of some contraceptives (ethinylestradiol) increases the duration of action of caffeine by about 50%.

Caffeine is the most used psychoactive drug in the world, its chemical conformation makes it suitable to interact with specific biological receptors that regulate the functionality of the cardiovascular, endocrine and nervous system.

The intestinal tract absorbs caffeine very quickly and the peaks of plasma concentration are observed about an hour after its ingestion. However, its metabolism is rapid and much higher than other stimulants such as amphetamines.

Already after 3-6 hours after ingestion, the plasma levels of caffeine are reduced by 50%.

Being lipophilic, caffeine has the ability to pass quickly through the blood-brain barrier (a kind of virtual wall in the brain, designed to prevent the passage of many molecules carried by the blood).

Caffeine can also cross the placenta and can be present in breast milk.

During pregnancy and breastfeeding it is therefore advisable to strongly reduce the intake of coffee and other foods rich in caffeine.

Even if the effects of this substance are numerous (as we will see in detail in a few lines) most of them are due to the stimulating effects that caffeine exerts on the whole body.

thanks to its action as a competitive antagonist against adenosine receptors, caffeine promotes the release of two hormones called adrenaline and noradrenaline.

if applied on the skin through specific cosmetics (creams, gels and patches), it is useful in the treatment of localized adiposity. If taken within the maximum permitted levels, caffeine has a positive effect on the performance of most athletes.

Even moderate doses (200-400 mg) ingested one hour before the competition improve attention, concentration and endurance. Given the great individual variability, it is advisable to experiment with its use in training before taking it in competition.

An athlete is positive for doping controls when the concentration of caffeine in his urine exceeds 0.012 mg/ml (= 12 mcg/ml).

It is not easy to determine exactly what dose is capable of causing this threshold to be exceeded. It is generally recommended not to take more than 6-8 cups of espresso coffee or two three cups of traditional coffee in the three hours before the competition.

Due to their high caffeine content, tea and coffee are often recommended to promote slimming (in combination with a proper diet).

Several studies have confirmed this property, which finds a logical explanation in its stimulating effect on basal metabolism. In particular, 500 mg of caffeine (the equivalent of 5 or 6 coffees) increases the basal metabolism by 10-15%.

Translated in simpler and more immediate terms, this level of intake allows you to consume 100-500 more calories per day (in relation to body size and especially the muscle mass of the subject).

Caffeine is a characteristic ingredient of cosmetics to treat cellulite and localised adiposity; applied on the skin it favours the mobilisation of triglycerides from subcutaneous adipose tissue mediated by lipolytic lipase.

Chewing 1-2 coffee beans helps to purify the breath after a large meal. Coffee does not help digestion, on the contrary, if taken with a lot of sugar or even worse with cream or alcohol, it slows it down. The stimulating effects of caffeine can however give the feeling of seemingly better digestion.

Coffee reduces the absorption and bioavailability of certain substances:

Caffeine intoxication caused by the massive intake of this substance (over 500-1000 mg in relation to individual sensitivity) causes inordinate excitement, nervousness, insomnia and tachycardia.

Caffeine should therefore be taken in moderation in case of:

esophagitis and gastroesophageal reflux (in addition to increasing the damaging power of gastric juices, caffeine relaxes the esophageal sphincter, a kind of valve that prevents the gastric content in the esophagus from rising).

The prolonged use of caffeine tends to dampen the beneficial effects seen previously and, if taken in high doses, accentuates the side effects (acidosis, pulmonary edema, hallucinations).

Several studies have described the presence of a mild withdrawal syndrome.